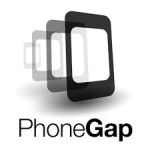 Phonegap is one of most famouse framework to build hybrid mobile apps in HTML5.

By this app you can create a project without using Terminal or Cordova/Phonegap CLI.

The app is very useful because it works together with the same app for iOS, Android or Windows Phone. Create and test an app became an easy process. So let’s see the main steps:

In according with the guide:

Here it is a videotutorial about Phonegap Desktop (italian)