Flash is dead! Why should I use an Adobe product? 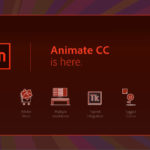 This move is perfectly clear: Adobe won’t kill Flash, but just its name 🙂

In fact the software is just the same. Same palette, same instruments, panels and so on…
I’m allowed to create Flash SWF file yet! OK…. wow…. so… if Flash is dead … why should I use this product? Because Edge Animate (be careful not to confuse with our Animate CC) is dead too. In essence it was a massacre for animating tools! 🙁

If until two or three months ago (more or less at the beginning of  the last fall) you’ve probably used Edge Animate as the main instruments to create and deploy HTML5 animations, now you can throw it all away and start from the scratch with Animate CC . Oops… I was going to forget: AN file (Edge Animate) are unreadable for Animate CC!!!!

At last the question is easy: Animate CC is good enough because we already know it, but what’s about its future? Why should I trust in Adobe to produce my animations? What about my works if tomorrow Adobe says “Ok guys Animate CC is dead. Now we have ‘Little John Animate CC 2020’?

This is not just a case. It’s a practice. Remember “Flex”, “Director”, “Edge Reflow”, “Edge Code/Brackets”. All dead or almost all…

Anyway…let’s enjoy at least this video about this new/old software! 🙂

Welcome on board Animate CC!!!!